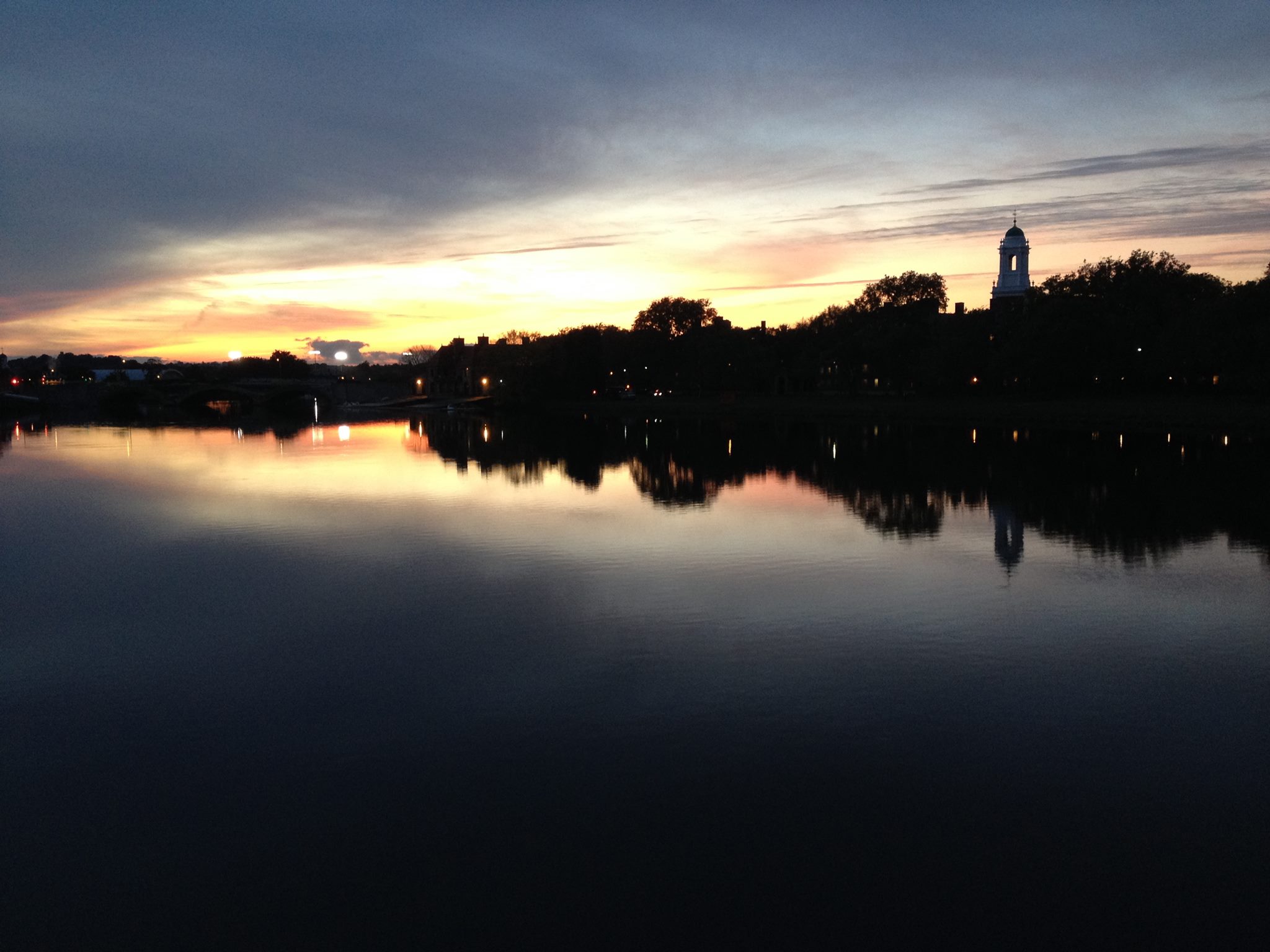 It is a common wish to relive one’s college years. For most people, I imagine this originates in a feeling of nostalgia, a longing for freer times long expired after the career grind fails to provide adequate intellectual and social nourishment.

My own longing, rather than centering on an extension of hedonistic halcyon days, is instead for what might be termed repentance. For I now find myself, in more ways than one, with a notably different and much improved brain. Owing a debt of gratitude to a particular selective serotonin reuptake inhibitor and some professional therapy, I wish to go back use that brain properly.

It goes without saying that I do not get that opportunity. Nobody does. And even though we all know this to be impossible, the common wish lingers. Its tones echo back whenever I reconnect with old friends, and the similarities are downright eerie.

One sentiment reigns supreme, like Jupiter in the seven heavens:  “I would get so much out of Harvard if I went there today.” What are these toolboxes at our sides, why have they not always been there, and what are we to do with them now?

For my own bit, I’m oddly certain of one thing. If I attended Harvard today, I would have a lovely time. The thought vibrates and shrieks, at once the happiest and saddest thing in my head. Questions of responsibility necessarily pervade this consideration. Whose fault is it when Harvard sucks?

Harvard is a stressful and highly imperfect place, to be sure. I stand by everything I said when I critiqued it last year. But I did choose to go there, knowing full well it would be difficult. And, once there, what course did I chart? Did I make things easy on myself, or did I deliberately challenge myself in every conceivable way, socially, academically, emotionally, and physically? I think you know the answer. The candle burned not only from both ends, but from the inside out.

Alright then. Is the restaurant really the one at fault, as you heave your soul into porcelain hours later, when you’re the one who uttered the words “you know what, I believe I’d like to try the steak tartare this evening?”

Certainly, I should have pursued mental health treatment sooner. But when? High school seems to be the answer, but good luck convincing a kid of that when they’re hell-bent on maintaining a 4.2+ GPA, running several organizations at once, and scorching the goddamn earth in debate tournaments (if I do say so myself) to try and get into the Ivy League. And if that kid does get in, man, they’re out to sea.

And while college was undoubtedly a sea, it was also the place where mental health resources were made available to me for the first time. Whose job was it to convince me to use them? It’s not like my close friends didn’t say the right things and encourage me to do exactly that. It’s not like the university wasn’t overflowing with flyers and communiqués. And it’s not like we didn’t have a big neon warning sign when Andy Sun eliminated his own map sophomore year.

I just made it a point, deliberately, not to use them, even collecting and arranging mental health PSA flyers in a mosaic parody in my dorm room. Some were really quite funny. Just contextless statements over which we’d chortle: “I can’t take a rest day” / “I’m saving my calories for that Corona.” Looking back, I doubt anyone could’ve convinced me to go talk to the fuzzy folks at Room 13, no matter how hard they tried. Don’t even mention UHS.

It turns out that some people really must decide that they want to get better before they can. It’s a platitude, but it is true. If you’re having a good enough time in the abyss, whether you swim up, down, or side to side depends as much on volition as it does on the current.

Harvard’s mental health resources weren’t perfect, but they were there. I rejected them with a smirk on my face. That’s my fault, and the consequences of that repeated decision colored every second I spent at the university and the years that followed. The Harvard experience, as with any college experience, is so multitudinous and mercurial that it ultimately allegorizes life itself. And as in that realm, your individual response to a situation is the only thing over which you have meaningful control.

The rub lies in how this is not a typical problem-solution scenario. At the very least, mental health conversations need to start sooner—high school at the latest. That may not get most people all the way to purpose, stability, and fulfillment, but it would help. Nevertheless, the wisest conclusion my friends and I can reach is, “Well, I guess that’s the point of the place. If you had all of that stuff figured out before you went to college, you wouldn’t need to go.” Feeling like you would do things differently if you went back is in fact an indicator of the place having done its job.

By way of conclusion, some apologies are in order. To friends for whom I was not particularly present, supportive, or, well, friendly. To professors with whom I was not engaged. To loves for whom I was distant and distracted. I’m sorry I wasn’t up to the task of a full and fulfilling life back then. If we cross paths again, know that I am now, and that all I can do is try to live in the present how I know I should have lived in the past.