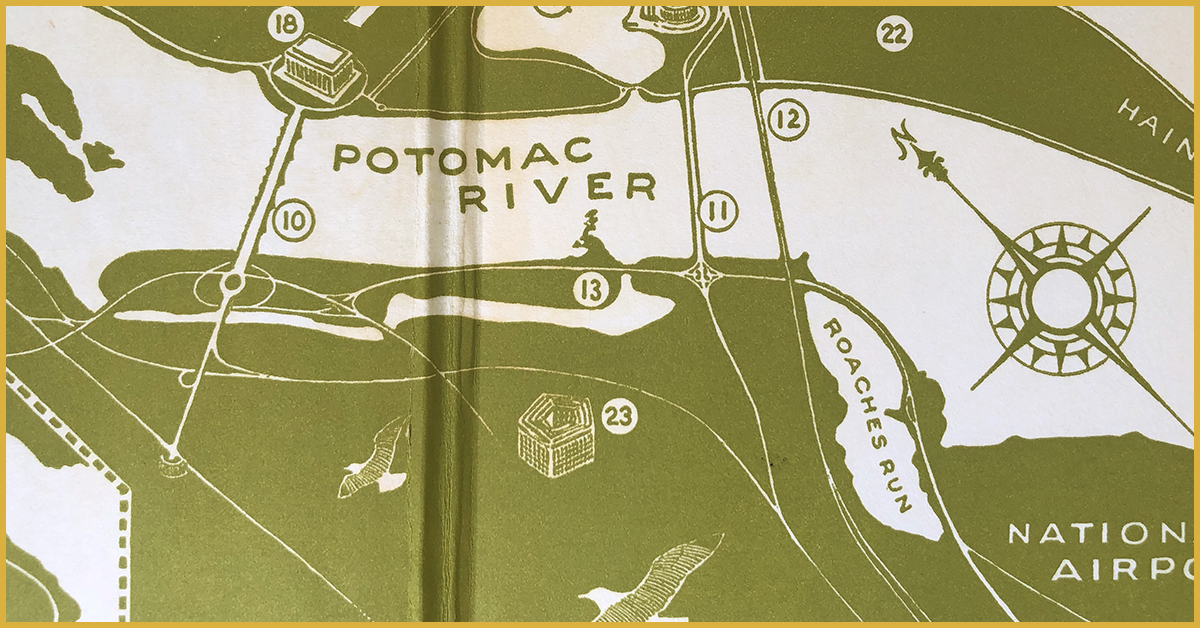 Environmentalism and the pitfalls of doomsday rhetoric

Spring in Washington is a beautiful book. So much so that it sounds positively hokey to the modern ear. Today’s reader might be challenged to sit-straight faced through passages like this, about the sheer glory of the cherry blossoms’ annual performance in the capital’s Tidal Basin:

The scene was magical, as if reality had given way to an illusory kingdom of flower and light, the light shimmering and ghostlike in its reflection from the masses of bloom overhead […] The landscape was arrayed as if the earth were having its own mystic wedding festival, all in white close up, nacreous white in the distance, across the mirror of still water. (56)

It only gets better (or worse) when the focus turns to birdsongs and the unparalleled joy of getting one’s feet wet in the mud. The author, Louis J. Halle, was a U.S. State Department official and a foreign affairs professor, but he was a naturalist first and foremost. Thus the publication of Spring in Washington in 1947, a project which seems to have emerged from an allergic reaction to bureaucracy. Unfulfilled by his daily post, Halle decides to track the changing of the seasons in the nation’s capital, with the following rationale:

The city of Washington is not so well established a fact as 38º 53’ North, 77º 2’ West, which came first. The setting preceded the city and will survive it […] If I could learn just when spring arrived, in what manner and in what guises, I should have grown in knowledge of reality and established a bond of common experience with my fellow travelers in eternity. My monitoring of the seasons in off hours would thus be more substantial and altogether a more serious matter than anything I could do for the government. (5)

Day by day, bird by bird, and flowering tree by flowering tree, Halle describes the incremental changes we in the “hive” are too busy to notice. His daily observations are not mere accounting. They evolve into an argument about beauty and value. And more radically, they evolve into an argument about the moral implications of what we pay attention to.

“The hive,” for Halle, is the world of arbitrary human concerns. It includes the federal bureaucracy of which he was a part, but also commerce and culture more broadly. He is aghast at how the “preoccupations” of the hive consume us when objects of such higher value are right outside our windows. Spring’s arrival is far more beautiful than any human creation:

I come to the conclusion that only nature in its pure form is absolutely beautiful, that any distortion of nature lessens its beauty by so much. The form of an airplane is beautiful to the extent that its lines, like those of a bird, are imposed by the natural element through which it moves. It is beautiful in that it expresses the nature of air, revealing natural laws. (106)

Naturalism, of the type Halle (and, it’s worth saying, presidents like Washington, Jefferson, and both Roosevelts) practiced, has ceased to exist. We have a sterile replacement in the modern sciences, which have become classes to pass and then forget, stepping stones on the way to college and a career. Our government funds STEM programs not to enrich the citizen or the society, but to get the citizen a job so that the country’s economy is more competitive. “The essential sterility of science,” Halle writes, “is evident in our own contemporary decline and fall” (182).

For all its good cheer, Spring in Washington warns us that our attention spans have consequences, and this invocation of decline and fall has no better analogue than modern green movements. Halle’s rhetorical flourishes only serve to underline how, when environmentalism and politics intersect, the message so often fails.

There are times when it is the job of what we would call “messaging” to move a population on an issue, and it simply doesn’t happen. The messengers may be right or wrong; that’s irrelevant. If the desired policy change lags because you can’t mobilize people around an issue, your rhetoric has failed.

That this is the case in the United States almost goes without saying. Our withdrawal from the Paris Agreement is only one data point in a long history of delaying climate action and environmental protections. As the climate crisis becomes increasingly dire, it becomes increasingly clear that this country has not seen a more catastrophic rhetorical failure than its green movements. If naturalism died long ago, environmentalism is stillborn.

We have to ask why it has been so challenging to rally people around a cause with no perceptible moral downside. The answer can’t just be business interests and lobbying. Both activists and politicians eventually came together to beat back big tobacco. It can be done.

But something else is going on. Gallup polling reveals that 35 percent of Americans currently believe that the seriousness of global warming is “generally exaggerated.” Let it sink in for a moment that this figure is higher than when the question was first asked in the late 90s. Make no mistake about this: The people you need on your side to turn this from a partisan issue to a national consensus think you’re lying to them.

Take a look at the movement’s most outspoken political representatives. Listen to the words they choose:

If we get this issue wrong, every other issue about which we care will prove to be nothing more than re-arranging the deck chairs on the Titanic. — Iowa State Senator Rob Hogg, America’s Climate Century, 2013

Climate change is an existential threat, and we’re running out of time—but I have hope. — Elizabeth Warren, 2020

Though this headline-grabbing rhetorical strategy has seen a recent uptick, it isn’t new. Such language is the default mode for such movements, and it has been consistently mocked by the political right since the 1970s. Gore, arguably the movement’s most recognizable face, has endured the brunt of the attacks, which equate environmentalists to fringe pastors warning of end times.

Doomsday rhetoric, to the convert, seems like the most convincing thing in the world. The problem is, if you have a shred of doubt about the issue, these statements sound alarmist at best and insane at worst. Scientifically-framed doomsday rhetoric, to an outsider, is still just doomsday rhetoric. And if you’re speaking to a populace that doesn’t love nature anyway, the urgency of the issue simply isn’t going to translate. “Existential threat” and “running out of time” will drown out “hope” every time. Speaking of which…

This is not a time for pessimism. This is a time for optimism. To embrace the possibilities of tomorrow, we must reject the perennial profits of doom and their predictions of the apocalypse. They are the heirs of yesterday’s foolish fortune tellers. — President Donald Trump, Davos 2020

We know that what we pay attention to matters. We grow to love what we pay attention to. It’s true of the people we meet, the media we consume, and the work we do. Halle asks us to look at the ground as we walk so we may notice the first day it is warm enough for earthworms to emerge after a night of rain. If we can’t do that, and can’t love what is right in front of us, can we really expect a reaction when news outlets publish yet another end times headline about wildfires halfway around the world?

Successful rhetoric will take the listener’s psychology into account. This means understanding that people will not act to save what they do not appreciate. We need to reframe environmentalism and climate action as positive issues around which our communities can gather, and articulate a vision that values all life, not just humanity. This is more than an opportunity for economic improvement through initiatives like a Green New Deal. It’s an opportunity to reimagine our entire culture and harmonize with the environment that enabled our species to evolve and flourish.

There is real joy to be had in forging a relationship with the natural world. To turn away from that is what’s truly ruinous.

Even Halle dabbled in end times language from time to time, albeit ironically. If, however, his call for attention to the Cape May warbler sounds hokey, therein lies the problem.

When I see men able to pass by such a shining and miraculous thing as the Cape May warbler, the very distillate of life, and then marvel at the internal-combustion engine I think we had all better make ourselves ready for another Flood. I am convinced that this world of man’s greatness is antediluvian. (74)