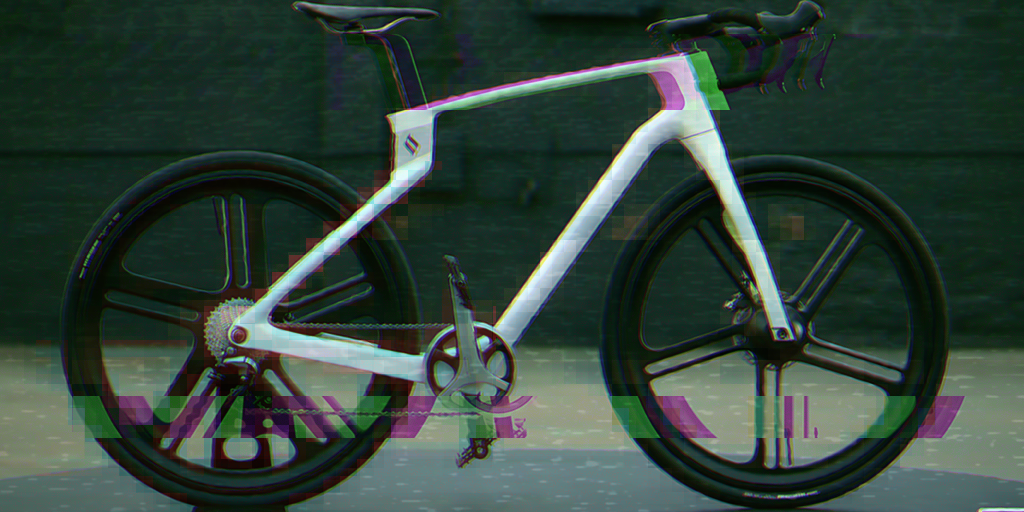 Superstrata and the moral hazard of crowdfunding.

I have returned to the cycling world like a chicken coming home to roost, one of thousands to flock to the sport as a result of ongoing COVID-19 concerns and gym closures. This passion of my youth went on pause when I went to college and entered the workforce, but now it’s back in full force. Cue the pablum about never forgetting how to ride a bike. That tired saying is true, though, and the childlike joy that comes from a late afternoon ride down an unfamiliar trail approaches the realm of the sacred when so many of our usual sources of happiness are off limits.

So, I’m a kid again. And, toddler-like, I am particularly susceptible to shiny objects and cool materials. Consequently, shopping for new bikes is now among my worst compulsions. I recognize the need to own not just one bike, but two, or several, if we’re going to be serious about this stuff. The algorithms saw this coming, and were ready from day one to feed me all the bike content my heart could possibly desire. One ad was particularly persistent—from a new company called Superstrata. You may have come across YouTube ads for its insectoid engineering marvels, putting on airs as the Tesla of bikes, and boasting what is supposedly the world’s first 3D-printed carbon frame. Shiny? Yes. Cool materials? The coolest. The clicks ensued.

What the company claims to have on the way is nothing if not impressive. Since each frame is 3D-printed, the size would be completely customizable. Customers need only input their height, preferred ride style, and other metrics, and the company could spit out a frame perfectly tailored to them—a boon in the context of a pandemic where many bike shops have stopped offering in-person fittings. The frame is promised to be light, coming in at 1,300 grams (2.87 pounds), and exceptionally durable: 61 times stronger than steel, 15 times stronger than titanium, and 50 percent stronger than kevlar. Assuming the truth of such claims, this would indeed be “the last bike you’ll ever need.”

Back in July, the project caught the attention of the popular YouTube channel Global Cycling Network (GCN), which featured the concept in a tech review video laced with a healthy dose of skepticism about its feasibility. At that point, Superstrata had raised $2.5 million in only a few weeks on the crowdfunding website Indiegogo, blowing its flexible goal of raising $100,000 by October out of the water.

But those impressive numbers are where the excitement ends and the red flags begin. GCN poked fun at some of the launch ad’s more humorous oversights, including one bike’s broken free wheel and another’s glaringly obvious seat tube (the Superstrata is supposedly tubeless). YouTube commenters had a field day dissecting the content. Watch closely from 0:58 to 1:00, and you’ll see the saddle perilously shaking, which is perhaps why most of the models avoid riding seated. Keen observers in the comments section on Superstrata Facebook ads noted another oddity: While a bespoke fit is perhaps the bike’s main selling point, the company appears not to have extended this luxury to the models it hired. There is a disturbing sort of doublethink that must set in to believe Superstrata’s promises while it shows you bikes so woefully oversized that they couldn’t be safely ridden.

Recent test ride videos raise deeper concerns. This staggering display of unathleticism in a ghastly suburban office park, for example. Note the low production quality, the lack of closeup shots, and the anonymity of the riders—a far cry from the polished launch ad featuring two-time Olympian Sky Christopherson. Note, too, that the bikes seem to have rear cassettes but no derailleurs. They’re set up as fixies even though they aren’t, a bit like test driving a car with a manual transmission that’s stuck in second gear. Watch this video released only a few days ago, and take care not to miss the zip ties securing the brake cables to the frame. They matter because Superstrata bikes are touted to have internal cable routing. Apparently not yet.

The red flags are veritably blinding. Designers from tried and tested companies like Specialized have warned that the enterprise could be a fake; the cycling industry has been trying to eliminate the seat tube for decades, and it just hasn’t proven feasible. Vague and hilarious gems from the website’s FAQs section aren’t exactly reassuring:

This is all rather funny until you remember that real money is on the line. The company invites shoppers to “pre-order” their bikes online, but that’s not what’s actually on the table here. The company website will run you through an “early access version” of Superstrata Studio, in which you can input all the relevant metrics and indicate color and groupset preferences. But precisely where you’d think it’s time to pull out the credit card for your preorder, the ride stops, and a prompt arises to input your email address and wait until the crowdfunding campaign concludes on October 11. A disclaimer pops up, “Prototype design shown. Some details might look different from the final product.” The only thing resembling a preorder channel, if you wish to shell out some cash, is Indiegogo.

There, you can perform a transaction that resembles a preorder, not for the custom bike the website allows you to build, but for the generic “perk” model, customization pending. You’ll see an indication that there are only a few models remaining; that number won’t change no matter how often you check back. The hypothetical product is steeply discounted, even though, as far as we know, it does not yet exist and there are no shelves that need clearing.

Before checkout, the necessary disclaimer arises, “Crowdfunding is not shopping. Your donation is a way to support a project but does not guarantee that you will receive a perk.” This is indeed how crowdfunding often works: You back the company, then you get a reward for having done so in the form of a product. That is not a preorder, which presupposes the capacity to make and deliver the product. The chosen language matters; the line between good-faith crowdfunding and fraud is thin. And since Indiegogo removed its anti-fraud guarantee, discerning that line has only gotten more challenging.

In recent days, comments on Indiegogo show a steady stream of investors who have started to pull out citing a lack of transparency from the company and delays in updates. But the damage may already be done. Remember that impressive $2.5 million raised at the time of GCN’s coverage back in July? Red flags and all, the total has continued to balloon, reaching over $7.3 million as of October 10. Cue the next disclaimer from Indiegogo: “You may request a full refund from Indiegogo until the campaign ends on October 11, 2020. Any refunds after this date are the responsibility of the campaign owner, Sonny Vu, at their discretion” (italics mine).

As with so many venture capitalist endeavors, Superstrata calls to mind Fyre Festival, the cringeworthy comedy of errors courtesy of fraudster Billie McFarland and rapper Ja Rule, in which wealthy ticket holders were collectively defrauded of millions of dollars for a luxury weekend featuring FEMA tents and soggy cheese sandwiches instead of chart-topping artists. There’s a Netflix documentary called FYRE: The Greatest Party That Never Happened that catalogues how such a massive deception could play out in the modern day. Two elements prove foundational to the process: first, sleek marketing collateral to make the thing look legitimate, and second, social media’s ability to blast the message to millions of people in mere seconds.

A closer comparison may be Nikola, the electric truck company that recently admitted to having duped investors back in 2018 with a video of one of its prototypes chugging along amidst scenic vistas in the American Southwest. Everything looked impressive enough, except this particular semi wasn’t even operational. The company pushed the useless thing down a hill and used a tilted camera to hide the effect. The ensuing reputational damage has been serious—the founder stepped down on September 20 amidst the chaos—but the company may well survive, having gained enough momentum from the video’s initial buzz to fund new projects. And had they not been caught, the lie would have been worth the boost in investment.

It is easier than ever to raise $7 million towards a legitimate project and make it happen. But it is also easier than ever to hoodwink on a mass scale. That’s what makes crowdfunding so morally fraught: more convincing marketing collateral leads to more investment, which could actually help deliver ambitious products. The better the lie, the more likely it is to come true; perception becomes reality. But moral hazard is entrenched when the public does not know what it is being shown, and we lack a real-time check on the system.

I experience no small amount of schadenfreude watching this fiasco play out in real time. But $7 million is no joke. You can generate a lot of social good with that kind of money, so seeing it tossed down the drain is haunting. The whole enterprise speaks to the absurdity of internet capitalism. While the fabric of society frays and local economies collapse, enough of us are so careless or insipid as to collectively drop $7 million on a fake bike? My, my.

As Superstrata’s crowdfunding campaign reaches its conclusion, I hope to be proven wrong in my cynical suspicions and see its creations darting about someday. They do seem genuinely innovative, and if they’re 100 percent recyclable, as promised, that will be a positive development for the industry. But for now, I’d steer clear. We’ll find out soon enough whether Superstrata is a game-changer, a good-faith failure, or a calculated fraud.