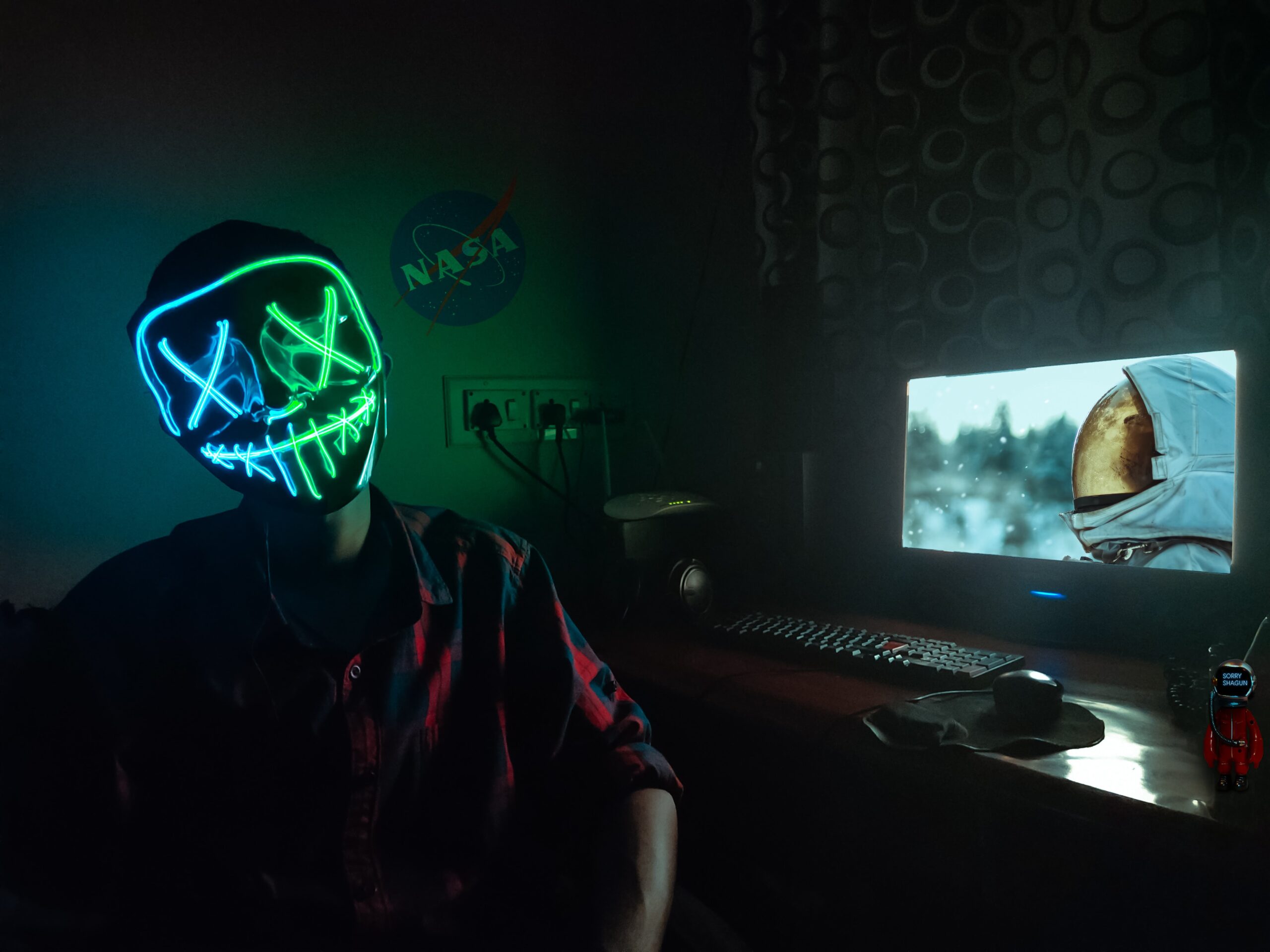 Receiving several billions of dollars in aid from the world’s preeminent military superpower is apparently not enough. In addition to F-35 bombers, the Israel Defense Forces also need teens with lactose intolerance to run interference for their online reputation. Their posts follow a basic script: any sentiment against zionism not qualified with thirty or so proactive apologies to the Jewish people is antisemitic. And it’s not just Israel. All over the world, strife and conflict are reduced to linguistic squabbles, with sides racing to brand their enemies unpretty things like “racist” and “bigot,” all to win the hearts and minds of out-of-the-loop social media users.

This absurdity is most salient in the form of NYU students who suggest that the zionists are the real anti-colonialists, rightfully taking their ancestral land back. The appropriation of anti-colonial language to describe an ongoing apartheid as an “indigenous rights movement” is laughable in the abstract. How, after all, can the nation with the army that kills kids for tossing rocks at armored tanks, the nation that steals and razes homes of the people it occupies, play the victim?

Part of the answer revolves around infamous posters like Blake Flayton, who construct straw men to farm engagement. Minor controversy can turn a slew of questionable takes into a lucrative writing gig, or can render a poster a sort of thought leader. Dozens upon dozens of non-sensical, bad faith, and insulting posts almost inevitably gain momentum. Tired of being insulted, Flayton’s intellectual opponents defend themselves in the replies; then they are branded trolls and bigots, and the cycle begins again. Like a 90s cartoon supervillain powered on hate, opposing him only makes him stronger.

There’s a big, obvious problem with all this. On the Internet, posters like Flayton aren’t fighting for their lives. They’re defending a tenuous claim to a place in which they don’t live. They won’t emigrate to the very state they say they need. Behind the Picrew avatars, most are college students and young twenty-somethings writing lazily-researched articles on why Wojak memes are antisemitic, actually, and cyberbullying Seth Rogen for being skeptical of the foundational myth of Israel. These fights are noticeably divorced from any material struggle. They do not alleviate the struggles of poor Jews, nor of the Black Jewish women forcibly sterilized. It’s not that they are unaware of the heinous things that “the only democracy in the Middle East” commits in their name. It’s more that they are free to ignore inconvenient truths if those truths would get in the way of a rigorous schedule of posting controversial opinions about the ethnic origins of falafel.

If it were only young hasbarists from Jersey calling themselves indigenous to desert they may have visited once for Birthright, we could block them on Twitter and read Jewish Currents in peace. But, tragically, they are the architects of a new digital turf war, where posting from the comfort of one’s living room can change the perception of a real, material conflict.

It’s crude how obvious it is when you see the same lingo abused in other contexts. Last summer, for instance, the QAnon conspiracy movement appropriated the hashtag #SavetheChildren. This gave it a significant bump in attention and engagement as posters distributed pastel infographics on Instagram explaining why Bill Clinton is eating children at this exact moment. In a less fanciful example, the 2020 Massachusetts Democratic Primary was marred by a #MeToo scandal with neither a me nor a too that nearly ruined a gay man’s reputation thanks to enterprising college Dems calling him a sex pest despite a bevy of evidence to the contrary. All to defend the seat of a for-profit healthcare stooge, by the way.

These are, formally speaking, disinformation campaigns. They urge readers to take action, usually to “spread the word” or “make this go viral,” on false premises. They are factually wrong but skillfully tailored to make readers feel as though they’re gaining special knowledge. Most people are not in the habit of performing their own fact-checking, and there are many actors clever enough to use that to their advantage.

Consider the never-ending cycle of viral threads and image carousels from K-pop stans reading “WHAT’S HAPPENING IN [country torn apart by some combination of strongman dictatorships, American bombing, and natural disaster] AND HOW YOU CAN HELP [change.org petitions].” These infinitely interchangeable items feed into the permanent cyclone of “why is no one ever talking about [thing people are talking about]”-style tweets. Unlike the drawn-out smearing of Alex Morse by Democratic operatives, there usually aren’t victims of movements like these.

But in Autumn of 2020, we saw what could happen when professional troll armies weaponize these heart-in-the-right-place posts. The long-standing ethnic conflict in Nagorno-Karabakh got hot again. For most, it was an obscure conflict: two former Soviet republics dealing with centuries of tension, bubbling over every so often like a geyser. And though centuries of war have left gashes in the Armenian and Azerbaijani countrysides and thousands displaced or dead, no one in the west particularly knows or cares, outside of the diaspora or PhDs at think tanks.

Within a few days of the first offensives, official Armenian and Azerbaijani social media channels were awash with content waiting to go viral. There were videos of Armenian musicians playing mournful cello ballads in front of a shelled-out cathedral in Shushi. The vice president/first lady of Azeribaijan posted on Facebook a call to arms against “the fakes of Armenian propaganda,” and “to get the truth about the Armenian aggression to the international community on all platforms.” The next day, #DontBelieveArmenia went viral on Twitter.

The chronicle of the digital war is as busy as the physical war. Both sides enlisted influencers, from vloggers to pop stars. Coordinated campaigns grew to the order of one million Tweets. Electronic billboards in Baku and Yerevan beamed videos of successful drone strikes to boost morale. Smart people with degrees in data science registered massive spikes in inauthentic activity. One Armenian activist was fined for an anti-war post.

And all for what? Morale is one thing, but to drum up morale at home, you would want to post in Azerbaijani- or Armenian-language, not in English, not with accounts designed to look like K-pop stan accounts. Whom, exactly, is this meant to influence?

Bite-sized chunks of international conflicts such as these are shared by the thousands in WhatsApp group chats among teenagers, young adults, and middle aged-moms. The first side to go viral can control more than just the pleas for prayers, sympathy, and donations. They can control the most valuable thing of all: the narrative. Young people in the unfortunate position of being the most digitally active and least learned citizens are particularly susceptible to the power of virtual suggestion. The outcome of a conflict might not shift (Facebook likes cannot make drone strikes more accurate), but in ten years’ time, the blogs, memoirs, the video essays will get the interpretations wrong. As with Israel, the aggressor will be remembered as the victim.

This relentless marketing of conflict obscures the geopolitical realities of warfare. Even in the most cut-and-dried of wars, there are decades of tension that cannot be neatly punctuated in 280 characters or fewer. An aggressor can order its troll army to spread conspiracy theories or creatively frame the shelling of innocents as self-defense, all with little recourse once a post takes off. Understandably suicidal Facebook and Twitter moderators just can’t keep up with the amount of content blasting through.

Buzzwords like disinformation—and its grandfather, propaganda—attribute agency to mastermind political operatives. There is indeed an office somewhere in every capital, staffed by professional shitposters with security clearances. But they are no match for high school and college students who engage in Internet discourse like Benedictine monks sing vespers. What is a professional bureaucrat compared to someone who does it for the love of the game?

The young hasbarists, after all, are already winning. Anti-zionism remains a minority opinion among both Jews and gentiles in America. That said, if the additional point is to encourage young Jews to make aliyah, it’s certainly mysterious why the posts are coming from a dorm room in Brooklyn, not Israel itself.

We’re far from hackers activating the nuclear launch codes à la WarGames, and cyber warfare and enemy-induced power grid blackouts have yet to have their star-making moment. But we are in the era of the professional troll, the keyboard kamikaze ready to take a permaban for their liege lord. Who knew the BTS ARMY was a prophecy?

Kate Kohn is a writer from Washington, D.C. She holds an MA in political communication from American University and can be reached on Twitter @kathrwn.