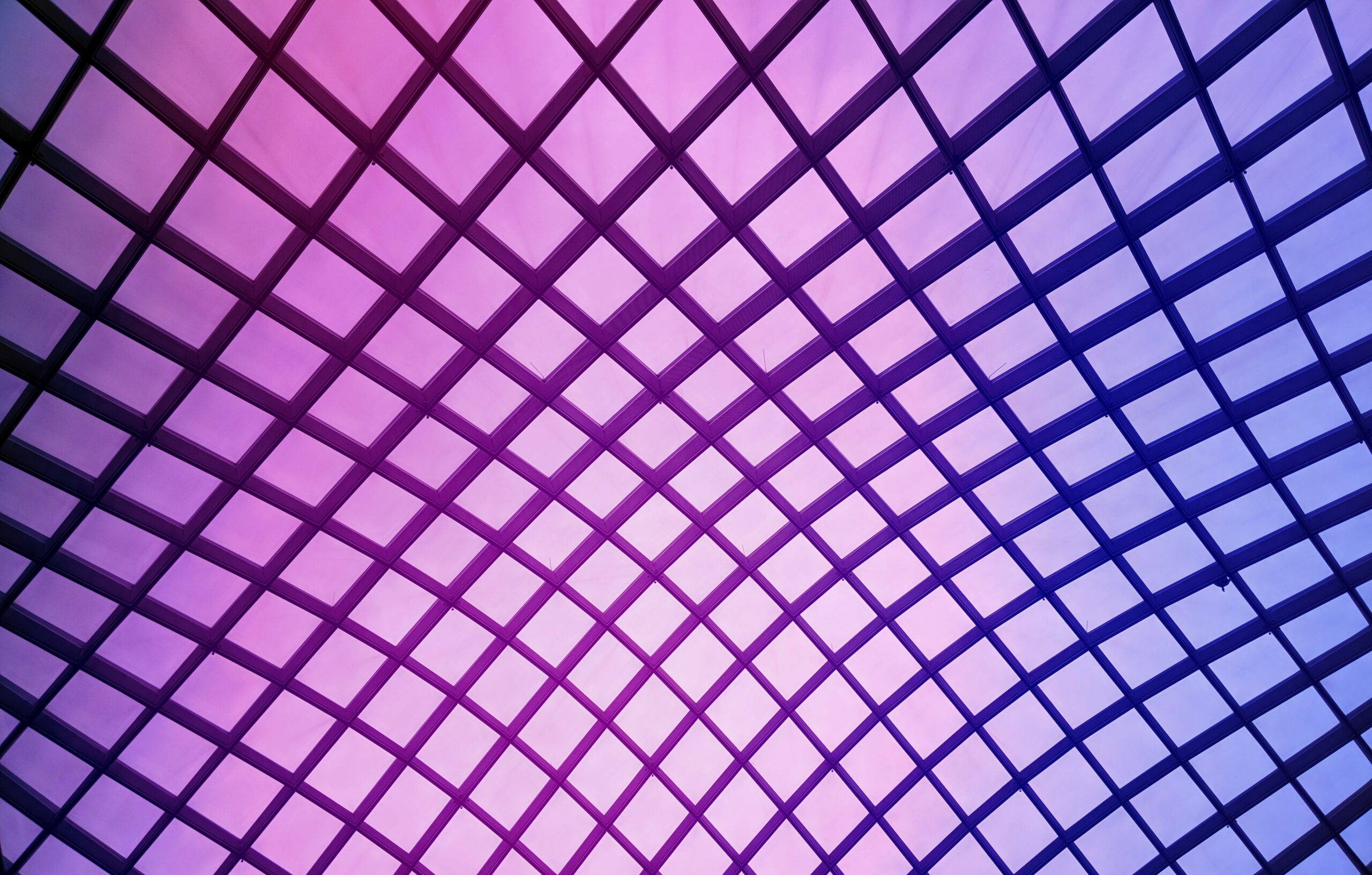 Considerations on Banishing the Corporate Lobby

It takes a certain type of person to walk into a space and get … mad at it. This distinction is usually left to persnickety architects, interior designers, decorators, and Kate Wagner. Spend enough time around these types, and soon you too will find yourself fuming at the inanimate, exhaling audibly as if your life partner personally slighted you in conversation. We speak of the language of architecture, after all.

I confess to having steeped too long; nobody bothered to remove the strainer. “I’m not an architect but I play one on TV” isn’t quite right, but it’s in the ballpark. I spend all day with these folks, writing about what they do, how, and why. Writing about what their projects do, what they mean, and how they change our lives right under and over our noses. It is in many ways a privileged lens, opening my eyes to a world I used to overlook. In a past life, I thought that architecture was about what’s there, the creation of something where there was nothing. God-like, the architect makes civilization from zilch, no?

It turns out the better metaphor is the mime. Those four walls are contrived, but they sure as hell work. Rather than creating civilization, the architect crafts its container. This distinction matters.

Architecture, writes Deyan Sudjic in The Edifice Complex, “has always been dependent on the allocation of precious resources and scarce manpower. As such, its execution has always been at the discretion of those with their hands on the levers of power rather than of architects.” The relationship between architecture and power is and always has been “tortured.”

Of all forms of art, architecture is the most costly. It demands the most physical labor and natural resources. It takes up the most space. Even relatively small projects take years and millions of dollars to complete. By contrast, the painter needs only a blank canvas, brushes, and some pigments to make their passion a reality. The writer needs only a pen and paper. The architect has no such luck: Their craft is intrinsically tied to notions of social utility and capital. For a project to exist, chances are someone with deep pockets decided that it would be damn well worth it.

And worth it it can be. Conversely, one sees that of all forms of art, architecture provides the most use. The most bang for all those bucks. It keeps people safe from the elements. It provides a platform for governance and worship. It contextualizes and catalyzes humanity’s deepest moments, as work, entertainment, meals, and sleep all happen within architectural frames. A society without a commitment to architecture is a film without a setting.

All of which makes it more upsetting when space—and with it, time, money, artistic endeavor, and opportunity—is wasted. Through the lens of missed opportunity, it is worthwhile to shine a light on one contemporary architectural element of particular note: the corporate lobby.

We’ve all encountered them, though you might not remember your time there. Walk into any professional services firm worth its salt, and the experience will go something like this. Squeaky clean floor-to-ceiling glass, at least two stories high, offers a peek into a visually attractive cavern. Double doors, just a bit too heavy, offer a disarming shhhunk when swung back from the frame. A change in air pressure is immediately apparent, what with an HVAC system that, on a hot summer’s day, causes passersby to lean inwards and linger like moths around streetlights for puffs of dehumidified refreshment.

Inside, you find a close approximation of … well, nothing. Granite, quartzite, and porcelain abound. It is quiet. The senses inform you this must be a museum, but any art on display is corporate art, diluted, feckless, or worse—branded. The chandelier, having become passé, is replaced these days with gently frosted fluorescent streaks, usually embedded in the ceiling and walls and arranged to offer subliminal aid in wayfinding. Obligatory Barcelona chairs face off with one another. Set back is a massive slab of rock of higher quality and rarity than that of the walls and floor (this therefore counts as an accent), behind which one lonely human being sits, performing an oxymoronic combo dance of reception and security behind the tastefully emblazoned logos of the companies that call this place home.

You should get mad, very mad, when you step foot in here. For this is misuse. In the corporate lobby, there are all trappings of epic architecture with none of its execution. Such spaces hearken to the beautiful, consisting as they do of scale we find only in universities, government halls, and public libraries. But shamed into minimalism, corporations produce intentionally low-grade facsimiles of architecture’s greatest feats, empty spaces which function as portals to less empty spaces.

Why so barren? It all has to do with cultural signaling. For those with the means, architecture is the most lasting way to send a message. The lobby is the perfect distillation of the modern corporation’s need to impress without offending. Ornate restaurants and five-star hotels are places of indulgence, and visually imposing government buildings are naked expressions of power. Today’s corporation, facing scrutiny to be a responsible “citizen,” must make it clear that it represents nothing of the sort. Grandiose in form but stripped of ornament, the modern lobby instead asserts a kind of quiet power, enough to get respect, but not the guillotine. Whereas most aspirational architecture hopes to wow the user, the lobby seeks to impress without leaving an impression. And thus some of the most talented artists in the world spend their time creating blank canvasses.

This is a shame. We should fear neither scale nor adornment in themselves, as architecture that would be indulgent for a private company is virtuous elsewhere. I personally can’t get enough of Rivera Court at the Detroit Institute of Art, St. Giles Cathedral in Edinburgh, and the Kogod Courtyard at Washington’s National Portrait Gallery. These are projects that constitute massive amounts of square footage, but not one inch is wasted, with the crucial difference being that this square footage is publicly accessible, and so damn beautiful that it bolsters the public good. That takes immense skill, even genius, to pull off, and such places are built with the express purpose that people will linger in them.

Such projects of this nature feel no self-conscious need to tone themselves down. They are often absolutely loaded with ornamentation, which, get this, isn’t distasteful. It’s breathtaking. Take the marble-laden entrance hall at Boston Public Library, which anyone can enter and enjoy, which stands in sharp contrast to the most boring corporate lobby where you’d better have an appointment or a credential before showing up. Or visit the Thomas Jefferson Building at the Library of Congress, so steeped in Beaux-Arts embellishment that it can only be described as visually blistering, the closest thing to a secular cathedral this country has. Interiors like this inspire and educate.

So, a proposal. How about we pick one or the other? Either make the space brilliant, novel, and deeply moving, or make something that will be socially useful in another way. Don’t tease us with what is essentially an ad.

It may seem like an odd thing to be upset about, but it isn’t odd in the context of an affordable housing shortage and homelessness crisis on top of a global pandemic. Where I live in Washington, D.C., the downtown’s ground level is largely unoccupiable. Those without homes lean up against purposefully empty shelter, every night.

Architects, developers, and city officials need to think seriously about what lobbies could be instead. They often encompass thousands of square feet. How many units of affordable housing could a large lobby contain? How many beds? Could it be a free clinic? A pop-up zone for a market? A rotating local art exhibition? Or more conservatively, what about additional rentable office space? Then ask, does the social utility of the alternative outweigh that of a lobby that goes unused except as a daily thoroughfare?

One sticking point is that zoning policies can sometimes prevent such spaces from being multifaceted. While change is sometimes as easy as deciding to design one thing instead of another, that isn’t true in every circumstance. In some places, it will require advocacy and legal reform. But with cities like San Diego implementing expansive new mixed-use zoning policies that apply citywide, we see a roadmap for the policy changes that will enable tenants and building owners to try something new.

Sudjic, while rarely economical in language, does quip rather nicely when summarizing this odd field. If his words are true, and “above all, architecture is the means to tell a story about those who build it,” then our society’s story has heft of a children’s book as the glass-enclosed nothings spread, strawberry-like. But building renovations and repositionings happen with surprising regularity; we’re always only one real estate cycle away from telling a different story.

Cover photo by Jacob Stone on Unsplash. Kogard Courtyard at the Smithsonian American Art Museum and the National Portrait Gallery.